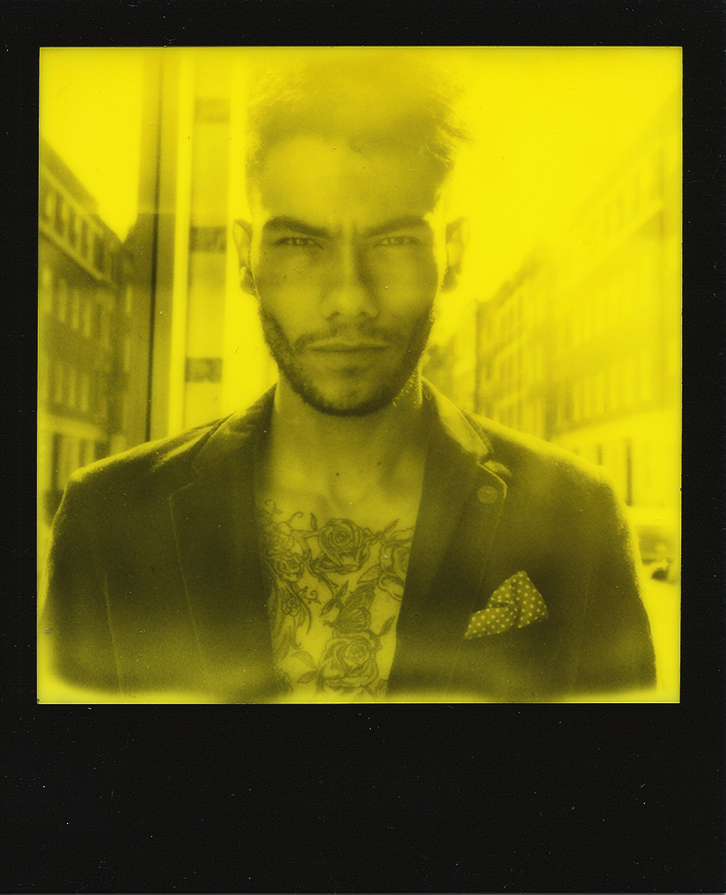 So The Impossible Project recently bought out the new Third Man Records edition Black and Yellow Duochrome film. I was eager to try it out. I hadn’t really got on well with the Cyanograph or the Mangentagraph film, but I really liked the look of the black and yellow film, and with development complete in 10 minutes, what was not to like. I rushed out to get some from Selfridges.

Given the collaboration from Jack White’s Third Man Records, and striking Giallo tones, I wanted to shoot something a little bit rock and roll, with attitude. Luckily, I was shooting a male model from one of the commercial model agencies I shoot for. I got him to pose with plenty of attitude, with one of the shot using the Mint close up lens. 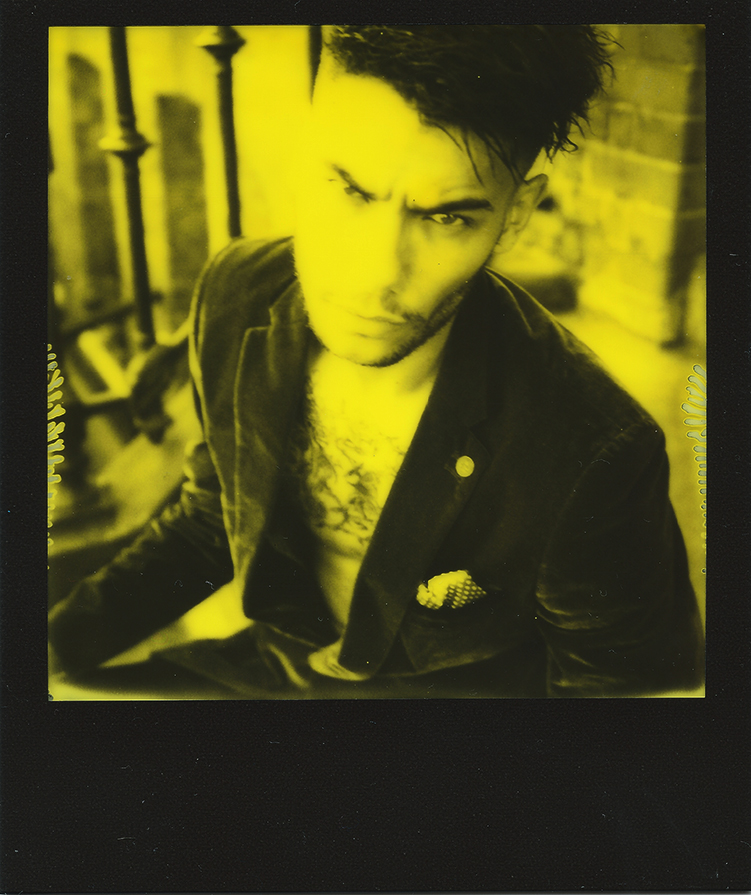 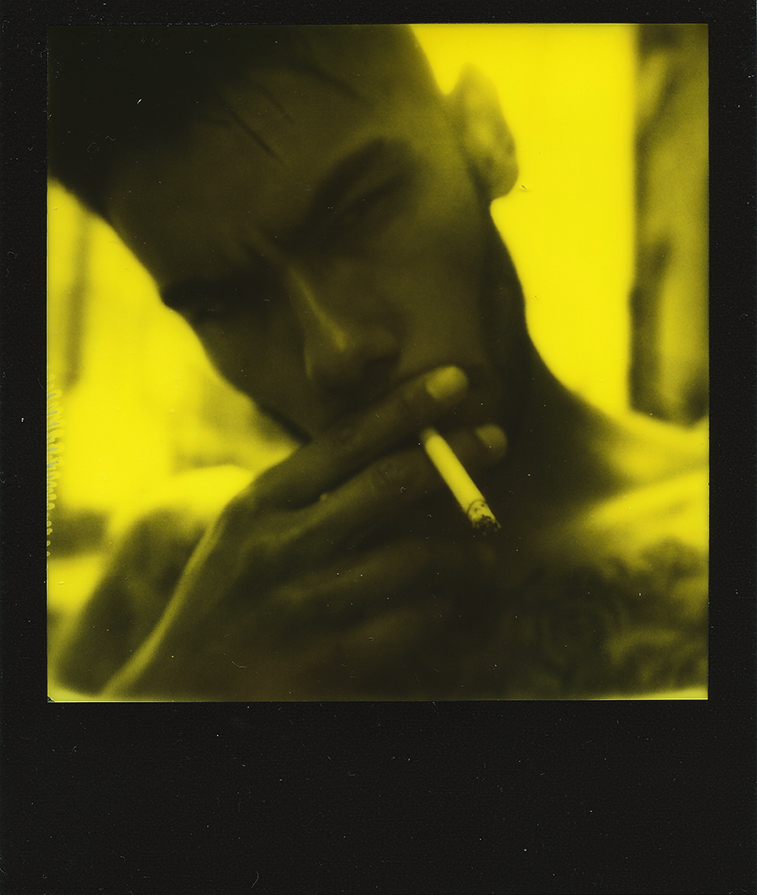